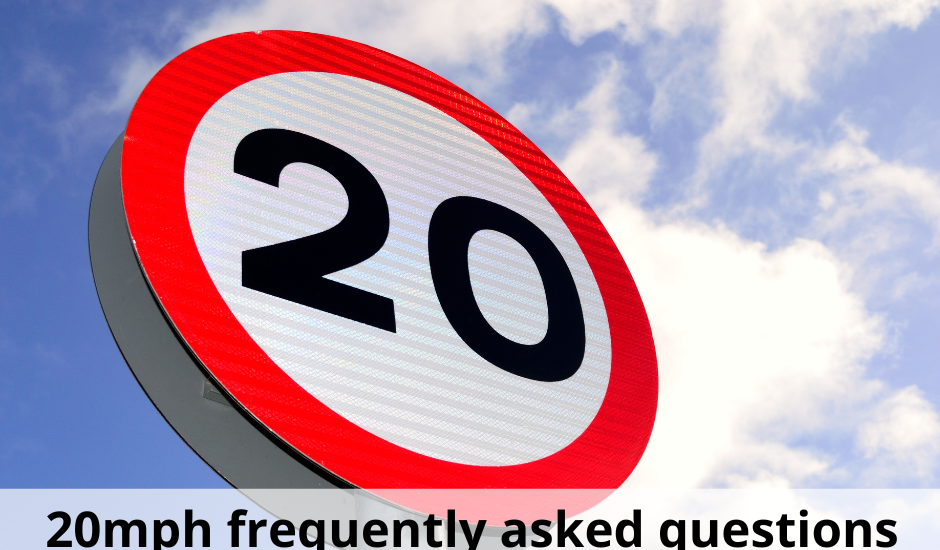 Several constituents have contacted me about plans to lower the default speed limit on residential roads and busy pedestrian streets to 20mph. To answer a few of the more common queries, I’ve produced this FAQ guide.

Why is this being brought in? Welsh Government believes this will reduce the risk and severity of injuries as a result of collisions between vehicles and road users. It will bring physical and mental health benefits and encourage more people to cycle and walk.

Will this affect all current 30mph roads? No – the change will only affect residential roads and busy pedestrian streets. Welsh Government is working closely with councils, who know their local areas best, to identify roads where speed limits will be reduced and those which should remain at 30mph.

How do we know this will make roads safer? In 2018, 50% of casualties on our roads occurred on 30mph roads. The World Health Organisation states the best way to improve pedestrian safety is to reduce the speed of vehicles. 45% of pedestrians get killed when struck by a car going at 30mph or less but only 5% at 20mph or less (Royal Society for the Prevention of Accidents).

Will it increase pollution levels? Longer journey times do not mean increased levels of pollution.  However, lower speeds will encourage walking and cycling as evidence shows that vehicle speed is the main reason people do not walk or cycle, or allow their children to do so.

When will this come into effect? It will be rolled out nationally September 2023.

Was this in Welsh Labour’s Senedd election manifesto? Yes, there was a manifesto commitment from Welsh Labour to ‘[m]ake 20mph the default speed limit in residential areas’.

Pavement parking is a bigger issue. Why isn’t this being tackled? Welsh Government wants to give local authorities further powers to prevent vehicles blocking footways – ‘pavement parking’. This is already a criminal offence and can be reported to the police on 101.