Brogan Rogers writes on why Wales needs a Youth Parliament 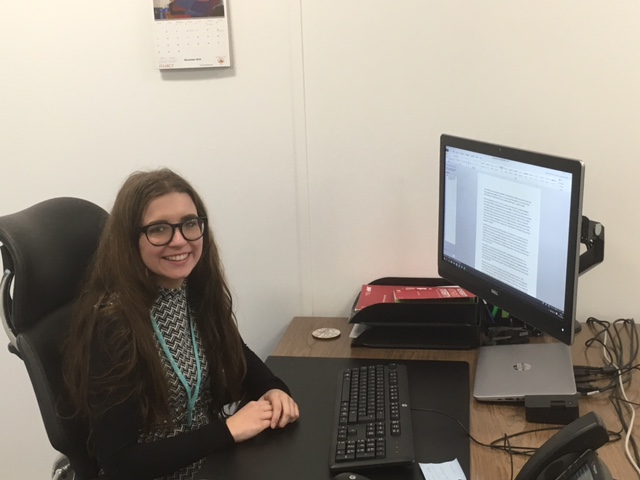 Brogan Rogers is a Year 13 student in Mountain Ash Comprehensive School. Brogan, who is from Abercynon, has been on a work experience placement in my office. Here, Brogan writes for me on why Wales needs a Youth Parliament.

I was thrilled to see the proposal to establish a Youth Parliament in Wales was raised last week, and that a number of AMs support this idea, as it is very important to me. Implementing a Youth Parliament of Wales will bring colour, liveliness and relevance to politics in Wales.

When interacting with my peers at school, it is obvious to me that there is a problem regarding young people and their knowledge about democracy in Wales. I think that this is partly down to a lack of political education, but mainly because young people do not think that the National Assembly is accessible to them, because they feel too young and uninvolved. My personal interest in politics was ignited by other young people, and I often encourage my friends to remain up to date with current affairs, however they often tell me that they think this is boring. A Youth Parliament will be relevant and exciting for young people, and with the widespread use of social media, can be made even more relevant using the internet. I believe that a Youth Parliament will change my generation’s perspective on politics.

In school, democracy, governance and human rights are not discussed with us, and these topics are important to become a well-advised individual. The movement of a Youth Parliament will give us knowledge that school does not provide, and educate us about how democracy works, and our National Assembly. This knowledge will not only give us an in-depth understanding of how our country is run, but will hopefully inspire us to speak out and to get involved with campaigns made by schools, youth clubs and other institutions and with solving problems in our local communities and help our local councils.

An example of a successful Youth Parliament is UKYP – the United Kingdom Youth Parliament. This organisation is linked with the Scottish Youth Parliament and the Northern Ireland Youth Forum, leaving Wales as the only country in the UK not involved. As a country we are lagging behind the rest of the UK in terms of youth politics. UKYP is a very successful organisation. They run campaigns and events and give their opinion to decision makers. Over one million young people have been involved with voting for UKYP.

Not only are we the next generation of leaders, we are the next generation of voters. After witnessing the amount of people who did not vote in the EU Referendum, I questioned why people would not want to vote for a big decision that affects their lives, and I came to the conclusion that a lot of it comes down to people not being properly informed. In my opinion, a Youth Parliament will increase voter engagement as young people will be better informed about current affairs and politics, so they will be more likely to register to vote when they turn 18, and will retain their knowledge for future referendums.

The voting age is also a relevant topic in the UK today. I am someone who is for lowering the voting age, however I also understand why this proposal is not taken seriously. After a Youth Parliament for Wales is implemented and young people are better educated, provided that it is successful, I think that the proposal to lower the voting age will be considered in years to come. For now though, the Youth Parliament can act as a compromise, as young people will still be able to voice their opinions and make our own campaigns, with the voting age still being at 18.

Young people’s opinions are very important in society today. Discussing suitable topics such as bullying, mental health issues and the school curriculum will open the doors to many discussions regarding teenage depression, sexism, the LGBT community and social media. This will not only benefit younger members of our generation, by giving them an understanding of ‘real life’ topics not covered by schools, but will also benefit older generations by helping them to understand youth culture and society’s issues.

Furthermore, it is important that young people’s voices are heard when decisions are being made. Article 12 of the UN Convention on the Rights of the Child states “When adults are making decisions that affect children, children have the right to say what they think should happen and have their opinions taken into account.” Our generation can give a different perspective on situations, and we can raise issues and propose ideas that were perhaps unthought-of.

I look forward to seeing a Youth Parliament being put in place in the near future. I will definitely be involved and encourage all young people of Wales who wish to be heard to do the same.