Budget to build a better Wales 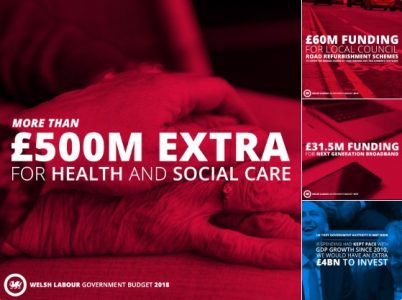 Cynon Valley AM Vikki Howells has welcomed the Welsh Labour Government’s draft budget aimed at sustaining the fabric of Welsh life and building a better Wales.

The outline draft Budget 2019-20 has been developed against the backdrop of continued austerity and the shadow cast by the ongoing uncertainty associated with Brexit.

It is also the first Welsh Budget to include revenues raised from Welsh rates of income tax as Wales gains the partial power to set and vary income tax.

The Welsh Government’s revenue plans include:-

The draft budget contains measures aimed at protecting some of the most vulnerable residents in places like Cynon Valley such as:-

“Communities in Cynon Valley continue to face ongoing cuts as a result of decisions made by the UK Government.

“In these difficult times I am proud to support a Welsh Labour Government that remains committed to doing all it can to support people across Wales.

“I regularly speak to local people whose lives are being made difficult by the failing policies of the UK Government. The announcements in this “bread and butter” budget are aimed at helping these and assisting the most vulnerable in our society.”