Cynon Valley AM makes visit as Species Champion for the nightjar 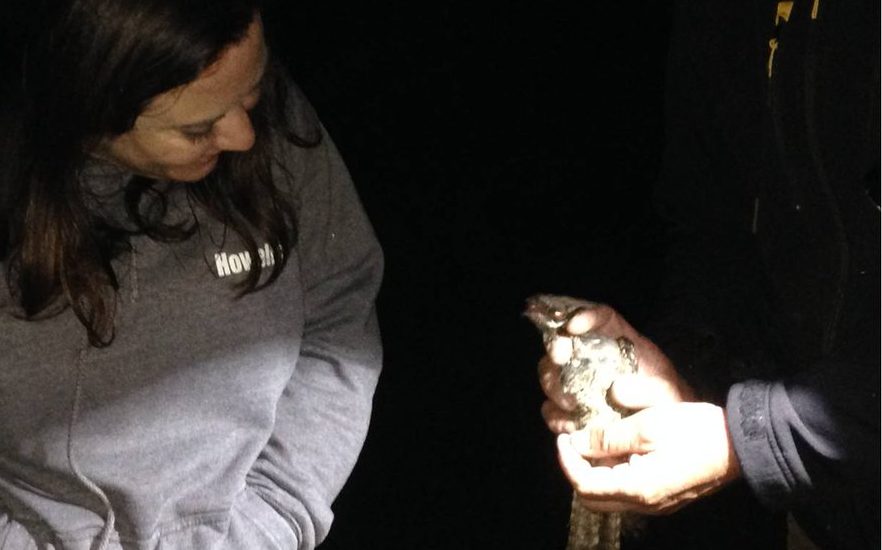 Cynon Valley AM Vikki Howells swapped the Welsh Assembly for the forestry above Rhigos to join scientists studying the habits of the nightjar, an elusive nocturnal bird that migrates here from Africa during the summer months to breed. The visit was arranged by RSPB Cymru to support Vikki in her role as ‘Species Champion’ for the nightjar. Vikki heard about how ornithologists are studying the birds and promoting conservation measures to protect the population.

The Species Champion scheme is managed by the Wales Environment Link, the umbrella body representing 29 Welsh environmental organisations including RSPB Cymru. The campaign enables AMs to be paired up with an at-risk species. After being elected, Vikki was paired with the nightjar, which has been in decline but can still be found in her constituency.

Vikki visited the site of the Pen Y Cymoedd windfarm, where around 20 pairs of nightjars can be found during the summer months. Ornithologists are studying the elusive nocturnal bird there, to find out more about their habits. During the visit, a nightjar was caught and tagged to enable it to be followed, before it was released unharmed. 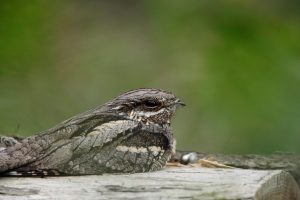 “The nightjar is one of the most unique birds found here in Wales. In appearance, habit and call, nightjars are incredibly distinctive.

“It was fascinating to hear how managed woodland has replaced heathland as prime nesting sites in Wales for these summer visitors, and to learn more about the measures being taken to understand their habits.

“I will look forward to playing my part in ensuring policy here in Wales enables these birds to survive and thrive.”

“Nightjars are an under appreciated summer visitor to Wales due to their nocturnal habits and preference for avoiding towns. The Species Champion scheme provided a great opportunity to introduce Vikki to one of her lesser known constituents and explain a bit about what they do whilst in Wales.”

“We know little about the impact of windfarms and other developments on nightjars, so the work being carried out at Pen Y Cymoedd is critical in improving our understanding of the issues affecting them during their time in Wales.”

“Having faced many challenges on the long journey from Africa, we need to ensure these unique looking and incredibly interesting birds are able to thrive in Wales. How we manage our woodlands and protect suitable habitat plays a critical part in this.”

For more information on the nightjar, please visit http://www.waleslink.org/sites/default/files/pictures/nightjar_species_briefing.pdf.