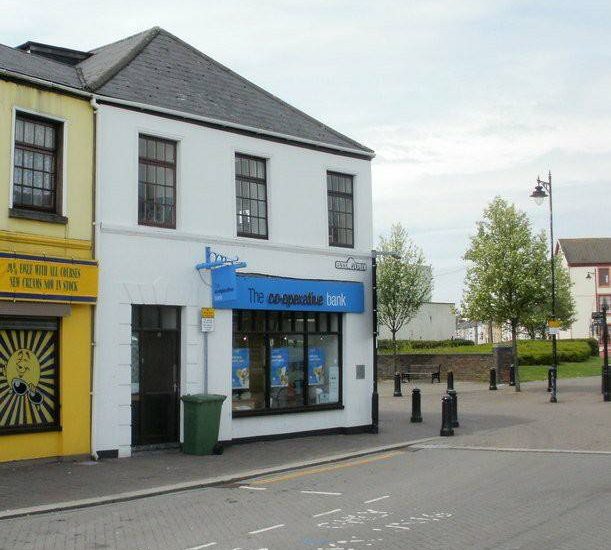 Cynon Valley AM Vikki Howells has met with senior Co-operative Bank bosses to discuss the bank’s plans to close its branch in Aberdare town centre.

Co-operative Bank announced in January that its Aberdare facility would be one of 27 branches to close. Customers, including business customers, would instead be able to access banking services in the local post office or could instead use online banking.

Vikki Howells AM met with the company’s executives after the news had been made public, to press them on their decision and seek answers to a number of questions.

“My first concern was about the lack of community consultation around this decision. The branch draws in customers from a wide area, and plays an important role in enhancing the vibrancy of the local economy.

“Whilst the bank may make its decisions on a purely commercial basis, it should do more to engage with local residents who have been loyal customers for a number of years, and their elected representatives. I am glad bosses took this point on board.

“I remain concerned about the impact of an empty building in a prominent location on the borders of the town centre. As the Co-operative only had the building on a leasehold basis, they were unable to offer any reassurance on this point.

“Although it was not possible to change the decision that had been made by the Co-operative Bank, I did use this opportunity to discuss how the bank’s customers could best be supported in accessing banking facilities moving forward.

“There is an important issue here about how bank closures are having an impact on financial inclusion, and I will be looking to raise this on a cross-party basis in the Welsh Assembly”

Aberdare East Councillors Mike Forey and Steve Bradwick have also been taking Co-op bosses to task over their closure plans.

“Many customers have a strong loyalty to the Co-op brand and value the ability to visit the local branch. For many older people it gives them the opportunity to meet and interact with other people rather than lead their lives in loneliness and isolation.

“The Co-op extols the virtues of ‘online banking’, but when 35% of its locals customers are over 65 years of age, this is a further point that must be taken into consideration. The needs of these customers really aren’t being met by this decision”.

“Particularly at peak times, customers of the local Post Office can be found queuing outside the entrance in all weather conditions and I am not sure the Co-op has given sufficient thought as to whether Aberdare Post Office could cope with the extra business.

“With recent investment into Aberdare hopefully leading to increased footfall in the town, it would have been good if the bank had perhaps engaged with staff and students at the new college and secondary school instead of taking this short-term solution”.