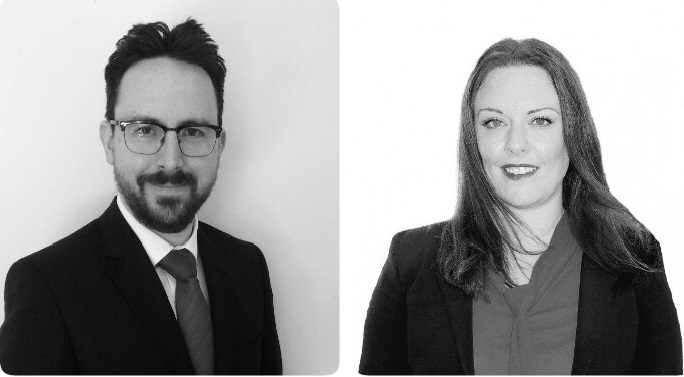 by Hefin David AM and Vikki Howells AM

We are Assembly Members rooted in our home communities of Caerphilly and Cynon Valley. We recognise that the topography of the South Wales Valleys often means we think in terms of our connections with the city rather than looking to our Eastern and Western valley neighbours.

We advocate a change in our thinking and our language. By considering the Northern Valleys as connected and interdependent valley communities, rather than spokes linking to a vibrant city centre, we will gain a better understanding of how we can best generate economic prosperity and tackle infrastructural challenges. We will also see how the Northern Valleys can best profit from ideas such as the Cardiff Capital Region City Deal.

The Welsh Labour Government has based its approach to job creation and economic prosperity on anchor companies. Such approaches target regionally important enterprises and priority sectors, with Wales also reliant on the public sector, local authorities and the NHS as major employers.

Despite this, too many people in the Northern Valleys are still unable to find meaningful and reasonably paid work. Low skill, low wage jobs are available but, far from being a solution to problems of poor economic activity, these have deepened the extent of in-work poverty.

To transform this, we must look to our indigenous businesses, and particularly those placed within the Foundational Economy, for a deeper and longer term solution.

On 9th February, Professor Karel Williams addressed the Cross Party Group on SMEs. Welsh-born Professor Williams said that, “if you look at the Welsh Economy it’s dominated by foundational sectors producing mundane, basic goods. As such, we need to focus on sectors that have social resonance”.

This is where small firm development is incentivised and owner managers are encouraged to fully grow their enterprises. Small firms that thrive in such an environment are less likely to leave and instead become embedded in their supply chains. Here they can grow, share social capital and contribute to regeneration within our town centres and communities.

Other academics, such as Professor Dave Adamson and Dr Mark Lang, have examined areas of our Northern Valleys in depth, painting a rich picture of communities with huge potential but very specific local needs. We look forward to the ongoing work of the Welsh Government in initiatives such as the Valleys Task Force and Better Jobs Closer to Home pilot which have grown from this work.

We urge the Welsh Government to reflect upon the geographical constraints of the Northern Valleys, which has meant that infrastructure problems have often proved to be a significant barrier to success. Strong and strategic infrastructure is key to ensuring a prosperous future and, crucially, should encompass economic enhancements like state-of-the-art broadband provision alongside social infrastructural improvements such as childcare and affordable housing.

In particular, poor transport links can lead to a sense of semi-rural claustrophobia, with some communities feeling a sense of isolation. Good quality bus and rail transport provision is therefore key both to free up congested roadways and to provide access to jobs further afield.

The development of the Cardiff City Deal offers one potential solution to both problems. Its £1.2 billion investment in the region’s infrastructure includes £200 million that has been allocated for the delivery of the South Wales Metro.

The ‘turn up and go’ integrated public transport system must deliver a step change in provision that has the potential to provide a significant opportunity for the Northern Valleys. Such a model of regional growth has proved to be extremely successful for the post-industrial areas surrounding other European cities such as Barcelona, Hamburg and Lille. Within our Northern Valleys it is vital that we step out of the constraints we have sometimes created for ourselves, and develop a less parochial and more regional view of the world around us, if we are to survive and thrive.

It does not mean that we think the Northern Valleys should become a collection of dormitory suburbs comprising housing, improved road and rail links and little else. As Judith Evans, Principal of Coleg Y Cymoedd told us, “The City Deal is an exciting concept but it must be a two-way flow into and out of the valleys to maximise the workforce here and ensure it doesn’t simply further capital city prosperity at the expense of the surrounding areas”.

A successful and living community is one where our town centres are vibrant and where good quality employment opportunities are available close to home. In our opinion this can only be fully achieved by a mixture of different approaches.

A changing world brings with it challenges and opportunities. The Welsh Government is refreshing its economic strategy to take advantage of this change. Regionally, the City Deal must deliver on its promise to the Northern Valleys. The focus upon it must not come at the expense of investing in our Foundational Economy.