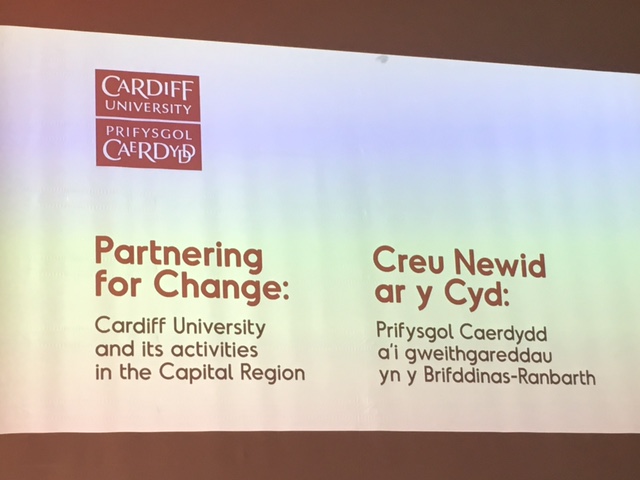 It’s a pleasure to be able to welcome you here today to the Pierhead building of the National Assembly for Wales.

My name is Vikki Howells, and I’m Assembly Member for Cynon Valley, a contituency of towns and villages in the former coalfields of South Wales, just north of Cardiff. I’m also a proud graduate and post graduate of Cardiff University, so I am delighted to have been asked to sponsor this event.

Today’s event is about highlighting the excellent work Cardiff University does in communities throughout the Capital Region of South Wales. It was good to hear from Professor Bristow and see the short film about some of these projects, which the exhibition launched this afternoon will further explore.

With more being expected of our universities, and the economic imperatives of crafting a knowledge-based twenty first century smart country, the HE sector must go above and beyond to both meet its social obligations, but also to deliver innovative community-focused programmes.

This is good for teaching and research, but it also offers the potential for transformational change in communities where universities may not otherwise be key partners, both in terms of the measurable outcomes of any particular project but also in the way university engagement can serve as an inspirational and aspirational target for young people and those who may have otherwise disengaged from the educational system.

It is also welcome to see so many of the groups and organisations the university has engaged with here today. The event is rightly titled ‘partnering for change’, as mutually beneficial partnerships are at the core of what Cardiff University and the communities and groups it is working with are trying to achieve.

This event shows just what can be achieved by working together. 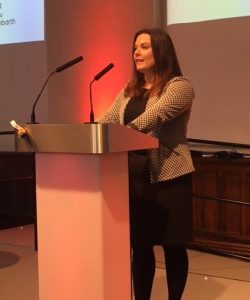 I won’t keep you much longer. First Minister’s Questions starts at 130, so along with other AMs I will need to be in the Chamber.

I would also like to record my thanks to my colleagues, Cardiff South AM Vaughan Gething and Merthyr Tydfil’s Dawn Bowden, who have helped with aspects of the programme today.

As a historian, I would like to close with a reflection on this magnificent building that is our venue and how it has long served as a crux between Cardiff and its capital region hinterland.

Originally the offices of the Bute Docks Company, where Welsh ‘black gold’ was exported around the world, the docks chairman William Lewis, later the 1st Lord Merthyr, was a mineowner and Cynon Valley Councillor who became the most hated man in Wales for his role in the 1898 miner’s lockout.

Later on, this building passed into the hands of the Great Western Railway and was a central part of their rail network in South Wales.

Today, rather than the one-sided relationships of the past, we can celebrate an approach to partnership working from Cardiff University and its capital region that will deliver a range of positive outcomes that will make both stronger in the future.