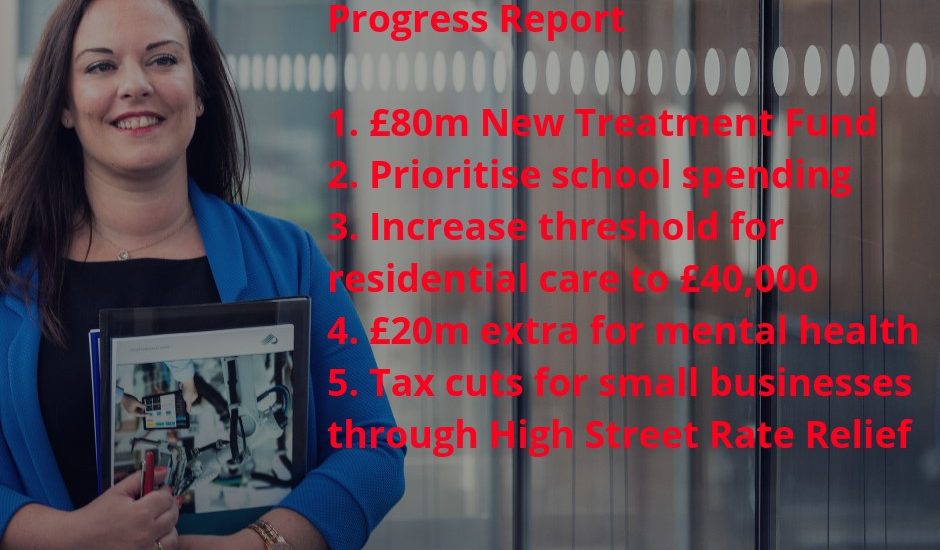 Local Assembly Member Vikki Howells has welcomed the progress being made by the Welsh Government in delivering its ambitious national strategy “Prosperity for All.”

Vikki Howells AM said:- “Even in these difficult times the Welsh Labour Government continues to deliver for the people of Wales, including here in Cynon Valley.”

Last September, the Welsh Government published its national strategy, Prosperity for All, setting out its ambitious programme for government and priorities for delivering for the people of Wales.

Six priority areas have been identified for cross-government action:

Together, these areas reflect the support people need throughout their lives and where, if the right help is provided, dramatic improvements can be made to their life course.

The Welsh Government has published its Annual Report, setting out the progress it is making made towards delivering its commitments to the people of Wales.

Progress in the past year includes:

“Tory cuts are making life more difficult for communities across Wales and that is certainly the case here in Cynon Valley.

“Despite this it is great to see that the Welsh Labour Government continue to deliver on the ambitious promises they have made.

“The new treatment fund has sped up access to 127 new drugs for a wide range of medical conditions. This is making a very real difference to people lives.

“The Welsh Government are on track to invest an additional £100m on improving our schools’ performance as well as embarking on the biggest school building programme since the 1960s and Cynon has received one of the greatest investments under this policy.

“Despite the decade of cuts from the UK Government, Ministers in the Welsh Government have delivered improvements that lay the foundations for longer-term benefits that will be felt well-beyond this government term.”